Hallo peeps 🙂 , how’s your Wednesday going?
Much ado about #Rock, today let me introduce your to an awesome genre for my #RockLovers. Get your headbanger headset ready and plug in cause its an awesome song.
The track is called Falling Skies and its by the group RED, off the album: Of Beauty and Rage its the fifth studio album from the American rock band. The genre is – EPIC ROCK. (I kid you not, its a classical styled rock derived from Trailer Music….long and short that means a sub-genre of movie soundtracks, i hope that’s a short enough answer) and there are a lot of cool bands one of which is Two Steps To Hell, their songs have graced alot of epic movies and the like.
ok, ok enough English time for music…

P.S – Tune in next week cause i’ll be playing a track from the Famed Orchestra-Rock Band Two Steps To Hell 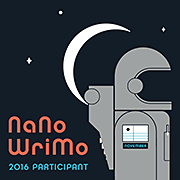